When a guy visits the ruins of an old haveli on G T Road, Old Delhi, he was told the story of the mysterious haveli owner, Susanna and killings of her husbands...

Bond's 5 page story was adopted by the film director Vishal Bhardwaj in 2007 and developed into a Bollywood film - '7 Khoon Maaf' (Seven Sins Forgiven), starring Priyanka Chopra as Susanna. On the request of Bhardwaj, Bond wrote a 80 page novella based on the short story and Vishal Bhardwaj made a screenplay out of it, co-written with Matthew Robins from Hollywood. The screenplay along with the novel and the original short story were later published as a full fledged book by Penguin India.

But this post is not a film review. This article is about the principal character of the story - SUSANNA ANNA MARIA YEATS, who surprisingly (or might be intentionally!) resembles a Dutch Lady of the same name of 18th century Chinsurah, a Dutch colony then. 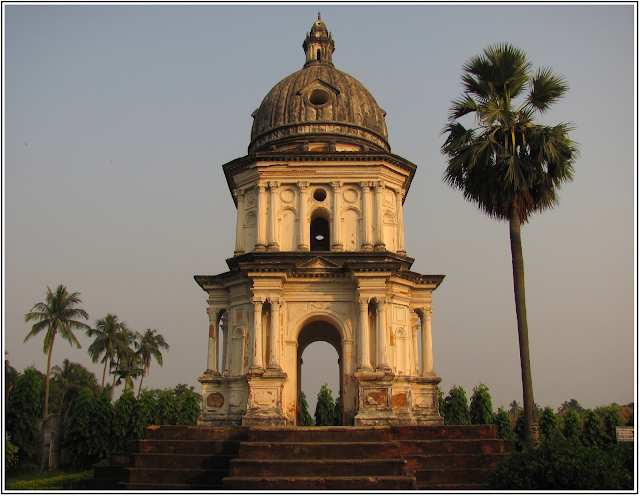 Read on with WANDERLUST...


Chinsurah, Hooghly was a Dutch Colony during the period 1635-1824. Dutch East India Company made significant progress in Asian Spice Trade in 17th and 18th Century. A business settlement was established in Chinsurah in 1635 to trade in opium, salt, muslin and spices. Later they built a fort called Fort Gustavious, a church and several other buildings in the town. Trade thrived in Dutch Bengal in early 18th century to such an extent that Chinsurah-Hooghly was allowed to trade directly with the Dutch Republic (instead of first delivering the goods to Batavia, present day Jakarta, Indonesia). Chinsurah flourished under Dutch rule. But eventually the Dutch control over Bengal made the Anglo-French rivalry inevitable. It was an imposing threat to the emerging British powers. The victory of British in the Battle of Plassey, 1757 reduced the status of the Dutch Administration to a mere minor power. Finally, through the Anglo-Dutch Treaty of 1824, Dutch surrendered their establishment on Indian subcontinent to the British.

But the signs of Dutch legacy are still there in present day Chinsurah and Susanna Anna Maria Memorial is one of them.


WHO WAS SUSANNA ANNA MARIA?


Susanna Anna Maria Verkerk was a Dutch Lady of 18th century Chinsurah. Her first husband was Pieter Brueys, a prominent merchant and a director of Dutch Administration. They had three children. Two daughters - Susanna Jacoba and Maria Anna de Brueys and a son - Louis Adrian de Brueys. After the death of Pieter Brueys in 1783, Susanna Anna Maria Brueys got married again, to Thomas Yeats, a well-established Englishman of Colonial Bengal.

In 1805, four years before her death, she made a will giving all her possessions to her son Louis Adrian. Being married to two such affluent man, she inherited vast properties which include two houses - one beside the river, adjacent to Dutch Factory building and another at Taldanga, present day G T Road with sixty bighas of land attached with it called Ayesh Baag. Through her will she bequeathed Rs.4000 as a trust, the interest of which was to be applied to repair her own tomb and that of her two husbands. She died in 1809 and was buried in Ayesh Baag. Later on, under British rule, the property along with the land was sold in 1833, leaving only her tomb as the solitary structure. 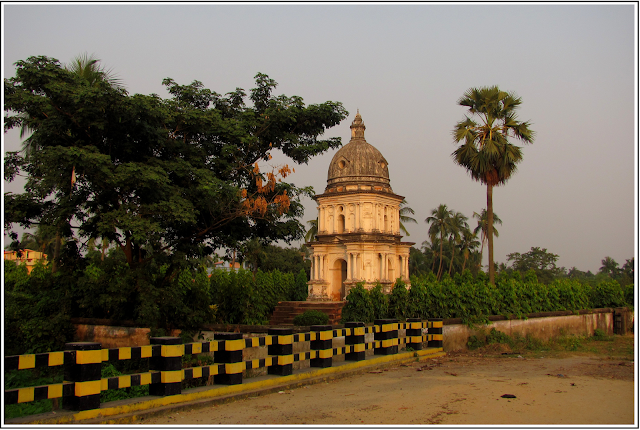 Khadina More is a major 4 point in Chinsurah Town. It is the crossing of G T Road and Chinsurah Station Road. From Khadina more if you proceed towards Chandannagore along the G T Road, you will find the white temple like structure on your left, standing lonesome, within a vast field, surrounded by the walls - the MAUSOLEUM OF SUSANNA ANNA MARIA YEATS. 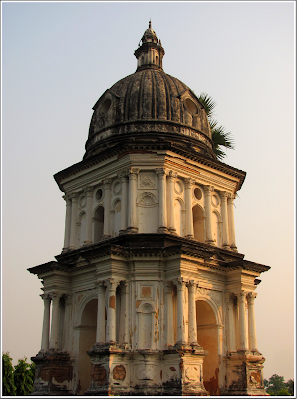 Built in 1809, the octagonal structure is an ideal example of Indo-Dutch architecture. The two storied memorial with arched gateways and slender columns is topped by a dome. There is no epitaph in the tomb but the drum of the dome contains an inscription which read as: "SUSANNA ANNA MARIA YEATS REBOORE VERKERK OBiIT 12 MAY ANNO 1809". Here 'Reboore Verkerk' means her title was Verkerk by birth. The tomb is locally famous as 'Saat Saheber Bibir Kobor' (Grave of the Wife of Seven Europeans) or 'Memsaheber Kobor' (Grave of European Lady) though the official records only vouch for her two husbands. Probably this lore had inspired Ruskin Bond to write the story. 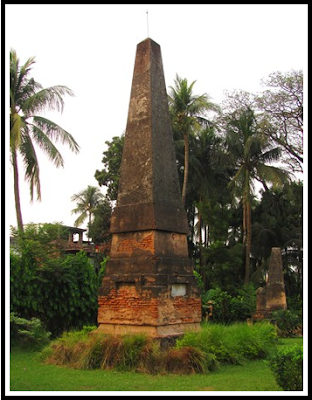 Tomb of her first husband Pieter Brueys can be found in the Dutch Cemetery near Phulpukur Road. The cemetery can be reached by a toto (battery operated local ricksaw) or by bus. The Obelisk of Pieter's grave is the tallest one in the cemetery and can be easily spotted at the south-west corner. Born in 1730, Brueys was the Grand Master of Chinsurah Grand Lodge apart from being a merchant and the Governor of Chinsurah. He died in 1783 at the age of 52 years. 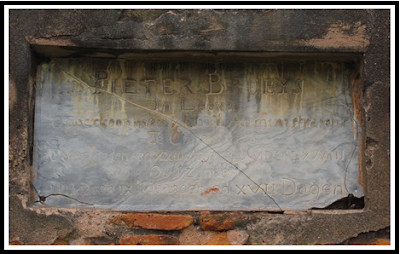 Both the memorial monument and the cemetery are protected and maintained by the Archaeological Survey of India. 
How to get there?

IN CASE, ANY HELP IS NEEDED, DON'T HESITATE TO ASK THE LOCALS.